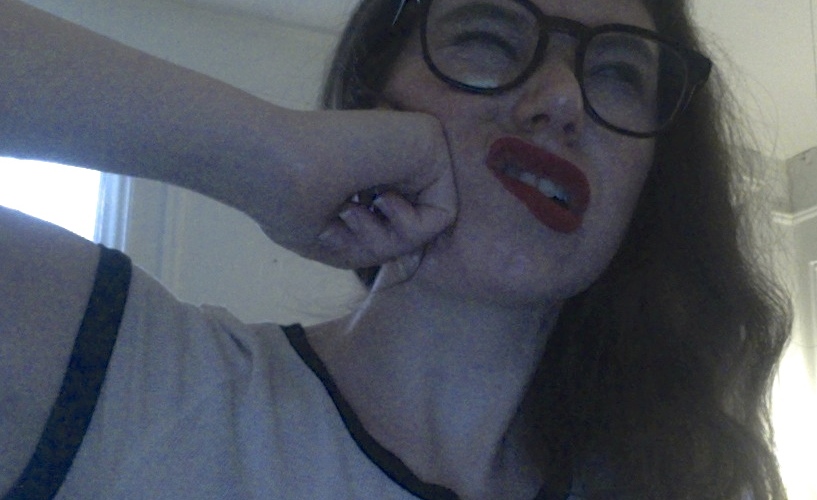 Donald Trump is upset that the presidential debates are scheduled during some NFL games because it would divide viewership. Hmm has the NFL looked into whether or not Donald Trump has suffered head injuries?

Justin Timberlake won a Teen Choice Awards “Decade Award.” It’s the award for the *NSYNC member who still has a career after a decade.

Jack White’s record label played the first vinyl record in space. Mostly for the rights to one day say, “I was listening to vinyl in space before it was cool.”

Jack White’s record label played the first vinyl record in space. Oooh, we get it, you’re into vintage things. Like space travel.

Jack White’s record label played the first vinyl record in space. But in space, nobody can hear you be pretentious about music.

Gas prices in the US have hit a 12-year low. With the way things are going, this might be America’s Going Out of Business sale.

Health officials are now saying flossing might not be necessary. And they’re saying it with a LOT of food stuck in their teeth.

Donald Trump kicked a baby out of a campaign event. What, is he afraid of a little competition? No matter where he goes, he’s definitely the biggest baby in the room.

Donald Trump kicked a baby out of a campaign event. Now his stance on abortion is even MORE confusing.

Apple will eliminate its pistol emoji and replace it with a water gun. Does not having a gun emoji violate my 1st or 2nd Amendment rights or both?

Leonardo DiCaprio pranked Jonah Hill on the street in New York, pretending to be a fan running up to take photos. But the most hilarious thing about that video is Leo’s terrible cargo shorts.

Pope Francis elected a group to “study” the role of women in the Church. It sounds like the Pope has been reading less of the Bible and more of The Game.

Michelle Obama is going to wear a dress made by Lady Gaga’s favorite designer for her last State Dinner. And then the dress will be served as the main course.

Pennsylvania just adopted a 6% sales tax on digital downloads and subscription services. It’s called the “Netflix and no chill” tax.

A new study says that who you hate depends on how smart you are. Well I must be a genius because I hate everyone.

Joe Biden gave President Obama a friendship bracelet for his birthday. So THAT’S what he’s been working on at Camp David.

Pictures surfaced online of Orlando Bloom paddleboarding naked. There’s a censorship bar hiding his penis, because he’s carrying the one cock ring to rule them all.

A new study shows greater shrinkage in volume of white matter in overweight and obese people. Proving that you can lose weight if you literally just put your mind to it.

Massachusetts passed a law banning employers from asking about previous salary history. They can still ask about your allegiance to the Red Sox, though.

Sasha Obama has a summer job at a seafood restaurant in Martha’s Vineyard. She’ll have Secret Service protection from bad tips.

Sasha Obama has a summer job at a seafood restaurant in Martha’s Vineyard. But she doesn’t get a lot of tables, because nobody feels comfortable giving the President’s daughter orders.

President Obama wrote an essay about feminism for Glamour magazine. And also his top 5 sex tips that will drive your man wild.

Adele had her credit card declined at H&M. Look out for her new single, “Rolling in the Debt.”