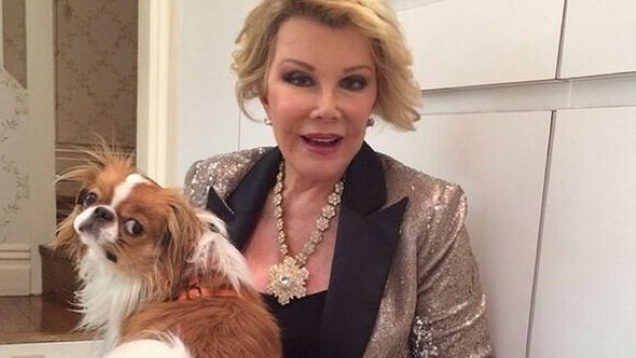 German bakers are threatening to go on a pretzel strike over a pay dispute during this year’s Oktoberfest. What a twist!

A hacker leaked nude photos of Jennifer Lawrence and other celebrities. What’s the big deal? She’s just naked. Just tripping over things and making goofy faces and being America’s sweetheart…naked.

A Colorado woman attempting to send a voice text message while driving collided with a guardrail, which impaled her upper thigh and buttocks. Sometimes your mistakes will come back to impale you in the ass.

Lance Bass proposed a second time to his fiancé, on the anniversary of the first time they got engaged. That’s so romantic. Almost as romantic as actually getting married.

Duck Dynasty‘s Phil Robertson has weighed in on how the U.S. should handle ISIS, saying “convert them or kill them.” Wait, isn’t that what they’re saying about us?

A Florida Republican congressman hosted a fundraiser which strictly invited men only, which shouldn’t be shocking, since he was campaigning under the “No Girlz Allowed!” platform.

A Florida Republican congressman hosted a fundraiser which strictly invited men only, but only because none of the women he knows are allowed to handle money.

A Florida teen was sent to prison for refusing to go to middle school. Wouldn’t a worse punishment have been to send him to high school?

Ashely Simpson got married last weekend, but no magazines have opted to buy the wedding photos. Maybe she can retroactively put them on her registry?

Joan Rivers passed away. The family asks that in lieu of flowers, please send plastic flowers.

People are speculating that Benedict Cumberbatch was drunk when he delivered his GQ Awards acceptance speech. If you watch the speech, it’s like, no shit, Sherlock.

People are speculating that Benedict Cumberbatch was drunk when he delivered his GQ Awards acceptance speech, but he was just a little tipsy. No shitfaced Sherlock.